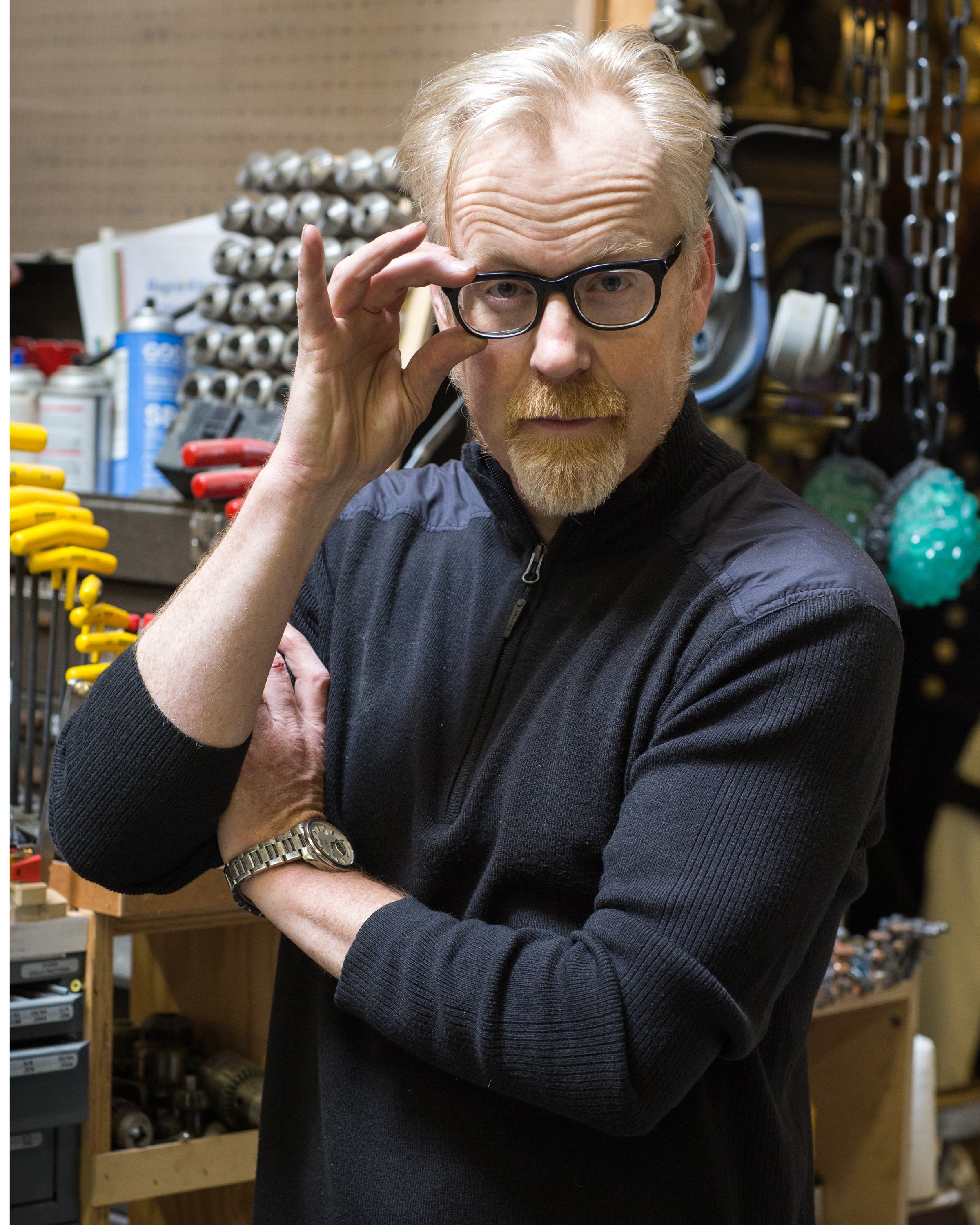 Adam Savage is best known for his work in Sci-Fi movies and of course, MythBusters (2003). He was employed by George Lucas’ special effects shop, Industrial Light and Magic, working with Tory Belleci and Grant Imahara. He has worked on Space Cowboys (2000), Galaxy Quest (1999), Star Wars: Episode I – The Phantom Menace (1999), Star Wars: Episode II – Attack of the Clones (2002), The Matrix Reloaded (2003), Matrix Revolutions (2003) and Bicentennial Man (1999), among others. In 2002, Adam and Jamie Hyneman, long time collaborators on various projects, including the BattleBots (2000) robot Blendo, got together to film 3 pilot episodes for Mythbusters. The rest is history.