National Council Roundtable on the Arts 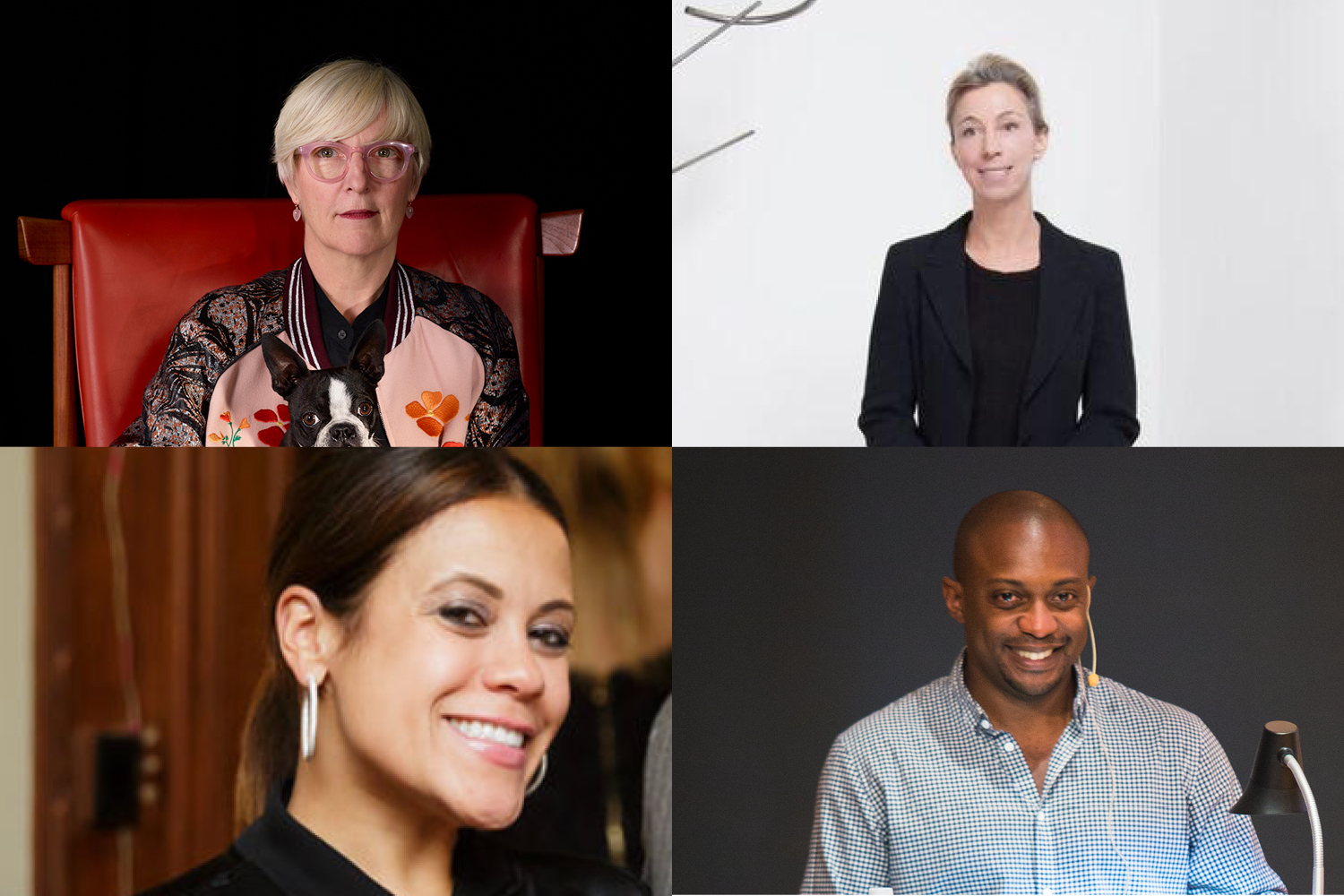 Our first member offering is scheduled for Thursday, May 7 at 4PM MST. Tune in for a community conversation featuring four different perspectives from a panel of deeply involved professionals in different corners of the art world. Helen Molesworth (Curator), Marianne Boesky (Dealer), Gabriela Palmieri (Advisor) and Hank Willis Thomas (Artist) will be in conversation, moderated by Anderson Ranch Arts Center President and CEO Peter Waanders. Following the talk, the panelists will be available for Q&A.

National Council members will receive a link via email to register for this event.

Helen Molesworth is the Curator-in-Residence at Anderson Ranch Arts Center. Prior to her work at the Ranch, she was the Chief Curator at The Museum of Contemporary Art (MOCA), Los Angeles from 2014—2018. While at MOCA, she organized the large group show “One Day at a Time: Manny Farber and Termite Art” and the critically acclaimed Kerry James Marshall and Anna Maria Maiolino exhibitions. From 2010—2014 she was the Barbara Lee Chief Curator at the Institute of Contemporary Art (ICA) Boston, where she assembled exhibitions of artists Steve Locke, Catherine Opie, Josiah McElheny and Amy Sillman, and the group exhibitions “Leap Before You Look: Black Mountain College 1933—1957”, “Dance/Draw”, and “This Will Have Been: Art, Love & Politics in the 1980s”. Her writing has appeared in publications such as Artforum, Art Journal, Documents, and October. Molesworth has also been involved as faculty in the Ranch’s Critical Dialog program since 2017.

Marianne Boesky has over 20 years of experience as an international art gallerist, collector and advocate for the arts. Boesky’s eponymous gallery promotes an experimental and ambitious program, launching the careers of artists such as Lisa Yuskavage, Takashi Murakami, Yoshitomo Nara and Barnaby Furnas. The gallery has occupied its flagship space on West 24th Street since 2006. The gallery has expanded to include spaces on the Upper East and Lower East Sides of Manhattan and a project space in Aspen in 2016. Boesky is a member of the selection committee for the annual Armory Show and Expo Chicago art fairs, and sits on Middlebury College’s Arts Council and the Steep Rock Residency’s Board of Trustees.

Gabriela Palmieri is the founder and principal of Palmieri Fine Art, Inc., a bespoke full-service Art firm based in New York City. Prior to establishing PFA, Inc., Ms. Palmieri led a distinguished 17-year career at Sotheby’s, where she rose to Chairman of Contemporary Art, Americas, and was recognized as one of the most respected in the auction industry as a leading specialist in Post-War Art. Prior to joining Sotheby’s, Ms. Palmieri received her Bachelor of Arts degree in Art History cum laude at Boston College in 1997, and she achieved her Master of Arts and advanced to PhD standing at the University of Chicago. She presently serves as Chairman of the Board of Fairholme Unlimited, a nonprofit Art Foundation based in Miami. Ms. Palmieri is certified in Uniform Standards of Professional Appraisal Practice (USPAP) and has been a frequent lecturer on the art market, planning for art collections and on appraisals. She is also a sought-after charity auctioneer.

Hank Willis Thomas is a photo conceptual artist working primarily with themes related to identity, history and popular culture. He received a BFA in Photography and Africana Studies from New York University and his MFA/MA in Photography and Visual Criticism from the California College of Arts. Thomas’ monograph, Pitch Blackness, was published by Aperture. He has exhibited throughout the U.S. and abroad, including the International Center of Photography, Galerie Michel Rein in Paris, Studio Museum in Harlem, Galerie Henrik Springmann in Berlin, and the Baltimore Museum of Art, among others. Thomas’ work is in numerous public collections including The Museum of Modern Art New York, The Solomon R. Guggenheim Museum, The Whitney Museum of American Art, The Brooklyn Museum, The High Museum of Art and the National Gallery of Art in Washington, D.C. His collaborative projects have been featured at the Sundance Film Festival and installed permanently at the Oakland International Airport, The Birmingham-Shuttlesworth International Airport, The Oakland Museum of California, and the University of California, San Francisco. He is also and a recipient of the New Media grant from Tribeca Film Institute and New Media Infinity Award from the International Center of Photography for his transmedia project, Question Bridge: Black Males. Recent notable exhibitions include Hank Willis Thomas at the Cleveland Museum of Art and Repetition and Difference at the Jewish Museum in New York. He was recently appointed to the Public Design Commission for the city of New York. Thomas is represented by Jack Shainman Gallery in New York City and Goodman Gallery in South Africa.