Five Renowned Artists to Participate in the 2014 Featured Artists Series

Bringing diverse points of view from world-renowned artists, the Featured Artists Series has brought a number of vibrant creative professionals to the Roaring Fork Valley in years’ past and 2014 promises to be an equally entertaining season. 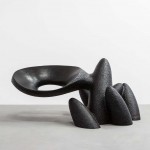 The series begins on Thursday, July 10 with celebrated sculptor, designer and educator Wendell Castle, who is known as the father of the art furniture movement.  From the outset of his career, Castle has consistently challenged the boundaries of functional design, becoming renown for his superb craftsmanship, whimsically organic forms and original techniques for stack-laminating wood. 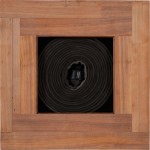 On Saturday, July 19, Theaster Gates returns to Anderson Ranch as part of the Featured Artists Series, as well as the National Artist Honoree at the Ranch’s annual recognition dinner.  A Chicago-based artist, Gates has developed an expanded practice that includes space development, object making, performance and critical engagement with many publics. Founder of the non-profit Rebuild Foundation, Gates is currently Director of Arts and Public Life at the University of Chicago. 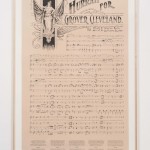 Artist Charles Gaines presents on Thursday, July 24.  He has had over 65 one-person shows and several hundred group exhibitions in the US and Europe. Upcoming exhibitions include Prospect .3 New Orleans opening in October 2014 and a solo exhibition at The Studio Museum in Harlem in Summer 2014. 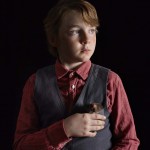 Catherine Opie has become one of America’s premier documentarians, photographing the American landscape—from its Alaskan glaciers to its suburban freeways—as frequently as she images its citizens. Opie will be presenting on Thursday, July 31. 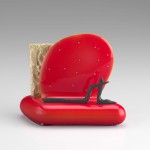 Ron Nagle is an American ceramicist, singer, songwriter and record producer and will visit the Ranch on Thursday, August 7. Nagle is considered part of the Abstract Expressionist Ceramics group that developed around Peter Voulkos. Having seen an exhibition of paintings by Giorgio Morandi, Nagle decided to focus on making cups, and has worked almost exclusively on variations of cups, often pushing the form to the point of abstraction.

The Featured Artists Series presentations are held at 12:30 p.m. on the days offered and are free and open to the public.  The Series is made possible by the generous support of Rona & Jeff Citrin, Friends in honor of Lee & Mel Eagle,Evan Snyderman and Zesty Meyers /R & Company, New York.  Both series are sponsored by Harman International, the Westin Snowmass Resort/Wildwood Snowmass.