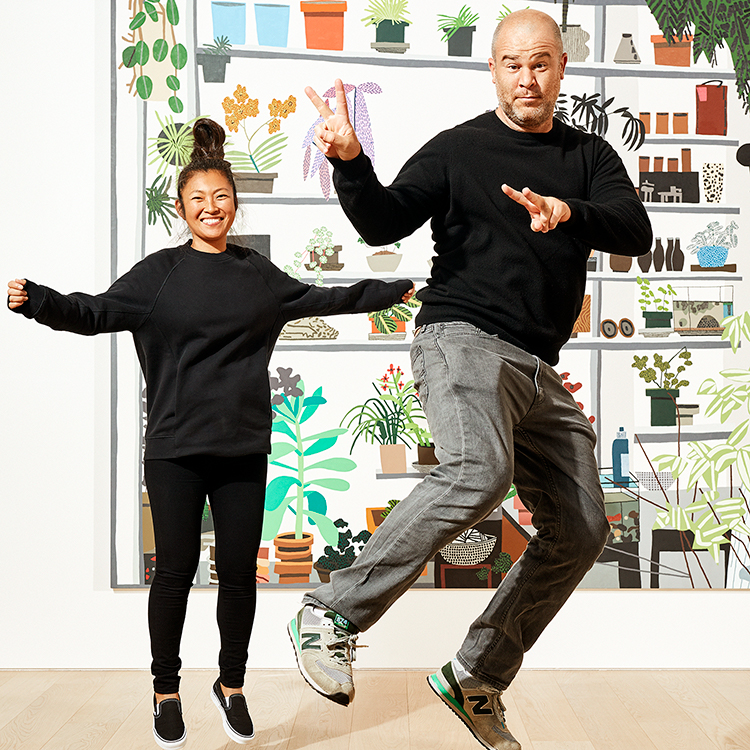 To join the National Council, call Hannah Thompson at 970.924-5052. If you are currently a National Council Member and would like to register, please contact Molly O’Leary at moleary@andersonranch.org or call 970.924.5056.

Shio Kusaka (b. 1972, Morioka, Japan) is a Los Angeles-based artist practicing in the ceramic medium. Kusaka grew up attending her grandmother’s tea ceremonies in Japan, in which she learned to observe vessels closely. After receiving her BFA from the University of Washington, Seattle, she moved to Los Angeles in 2003 and focused on clay specifically. Kusaka merges drawing and sculpture, typically moving between abstraction and representation. She has developed a distinct formal language in her use of shape, pattern, color, and glazing techniques that make reference to Yayoi period Japanese pottery, Eighteenth Dynasty of Egypt, and the wall drawings of Sol LeWitt alike. As Roberta Smith stated in the New York Times “If the Minimalist painter Agnes Martin had been a potter, she might have made vessels like these.” From grids, dots, and line patterns to the more playful strawberry, watermelon, and dinosaur vessels, Kusaka always shows her hand in the construction of the works.

Jonas Wood (b. 1977, Boston) makes paintings that can be classified as a variety of different genres, including portraiture, still life, landscape and interior scenes. In each of these, however, his work reflects an instantly recognizable vision of the contemporary world, as well as a personal approach to subject matter defined by his affinities and experiences. Its warmth is matched by a quasi-abstract logic that breaks pictures down into layered compositions of geometry, pattern, and color. Wood works at every scale, and maintains active drawing and printmaking practices, each of which helps him generate techniques that he eventually uses in paintings. Conjuring depth using flat forms––his process involves collage-based studies in which he works with various materials to break images apart and reassemble them––Wood probes the boundary between the new and the familiar, integrating emotionally resonant material from everyday life.