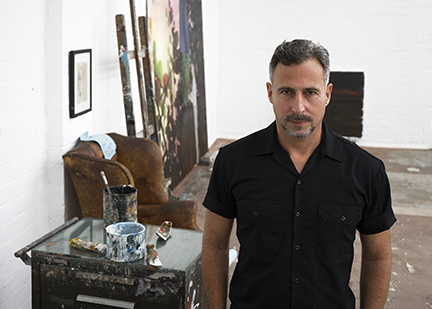 Enrique Martínez Celaya is an artist and author who during the early part of his career worked also as a scientist. His work has been exhibited and collected by major institutions around the world and he is the author of books and papers in art, poetry, philosophy, and physics. He is the Roth Family Distinguished Visiting Scholar at Dartmouth College and has been named the Provost Professor of Humanities and Arts at the University of Southern California. Having developed a practice influenced by and in dialog with literature and philosophy, Martínez Celaya has created projects and exhibitions for the State Hermitage Museum in St. Petersburg, Russia, The Phillips Collection, Washington, the Museum der bildenden Künste Leipzig, and the Pérez Art Museum Miami, among others, as well as for institutions outside of the art world, including the Berliner Philharmonie in Berlin, Germany, and the Cathedral Church of Saint John the Divine in New York. His work is included in the permanent collections of the Metropolitan Museum of Art in New York, the Los Angeles County Museum of Art in Los Angeles, the Whitney Museum of American Art in New York, the Moderna Museet in Stockholm, and the Phillips Collection in Washington D.C., among others. His work has been the subject of several monographic publications including Enrique Martínez Celaya, 1992-2000 published by Wienand Verlag (Köln), Enrique Martínez Celaya: Working Methods published by Ediciones Polígrafa (Barcelona), and most recently Martínez Celaya, Work and Documents 1990-2015 published by Radius Books (Santa Fe).