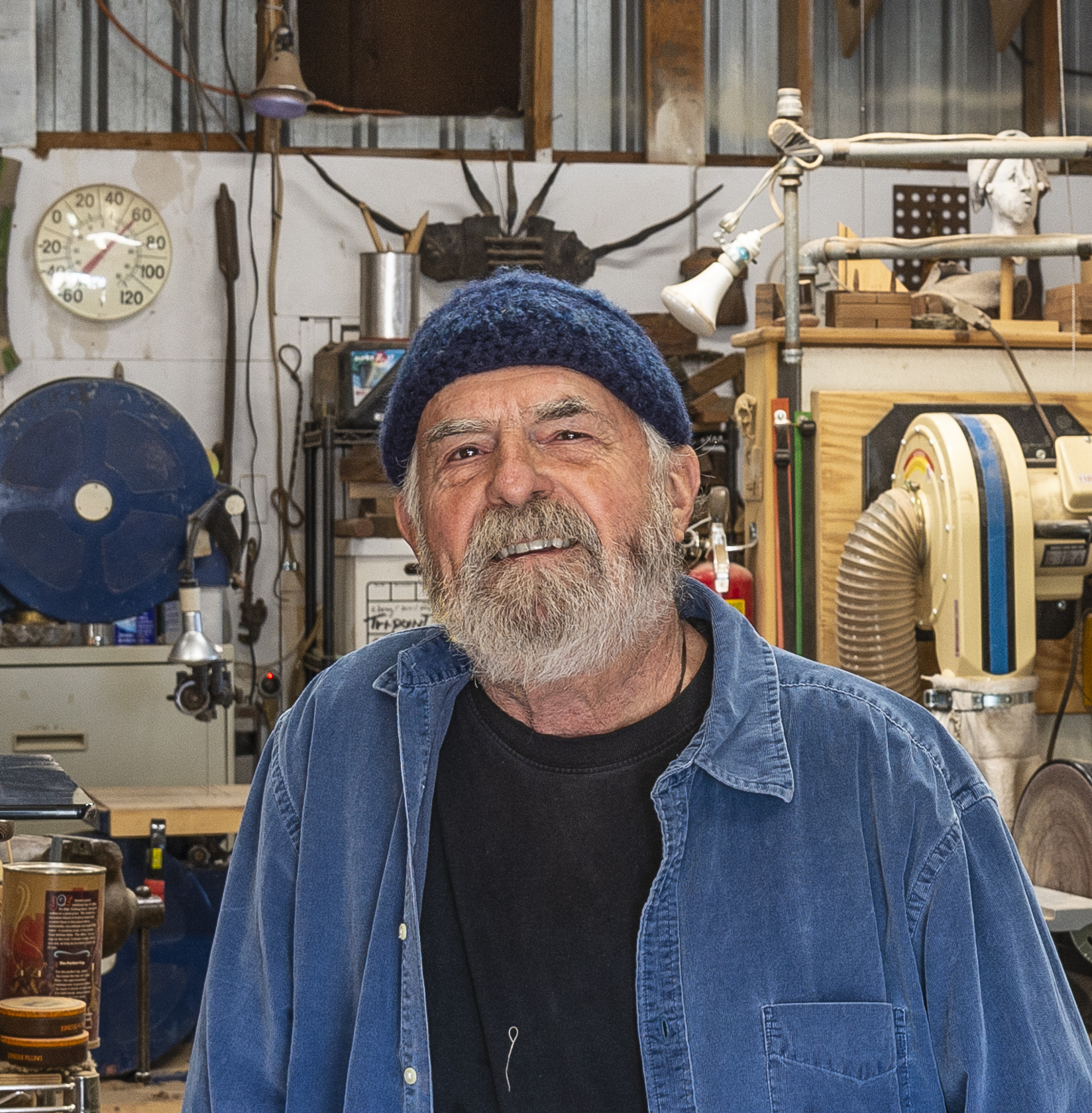 Larry White’s art career has spanned nearly 55 years.  Larry began his creative endeavors in 1955 as a professional musician at the age of 14.  In the early 1960’s he began studying art at Chaffey College in Alta Loma, CA. and in 1962 he became an apprentice with master woodworker, Sam Maloof.  He was Mr. Maloof’s first paid employee.  After marrying in 1964, he rented a small house on the Maloof property and converted an old chicken coop and a single car garage into ceramics and welding studios.  This allowed him to continue the exploration of his personal creative energies while learning woodworking techniques from his mentor.

Although primarily known as a craftsman working with Sam Maloof and the Maloof Foundation, he’s continued to exhibit work in other media, including ceramics and multimedia sculpture.  He has worked and taught at two California Universities and since 2004 has conducted summer workshops at Anderson Ranch Art Center in Snowmass Village, CO.  While continuing as an Artist in Residence with the Maloof Foundation in Alta Loma CA, he conducts three-day workshops for local veteran groups and the general public.

He steadily produces new works from his studio at home in Pioneertown, CA.  Larry’s work has been shown nationally and can be found in both private and public collections.