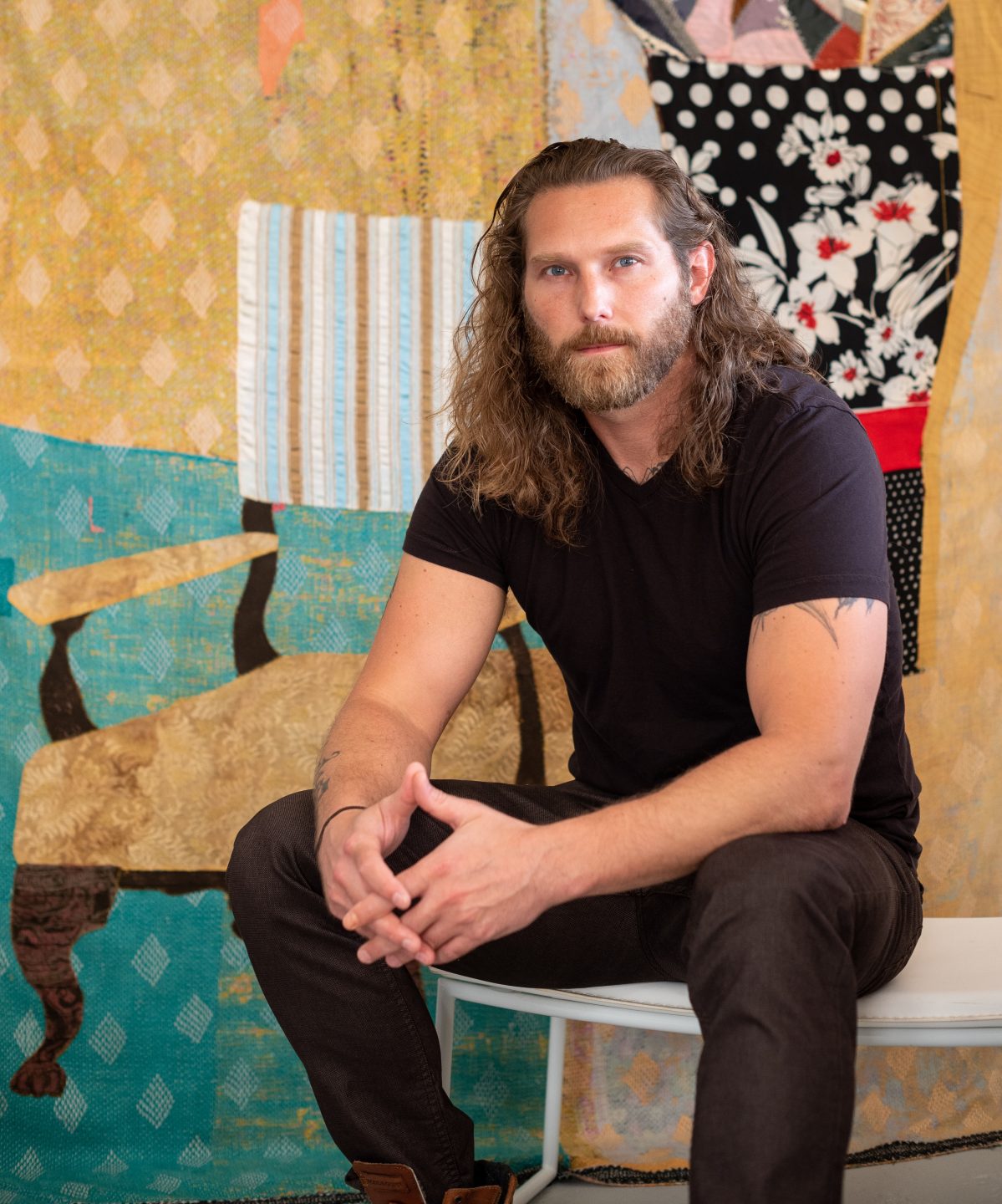 Jesse Krimes is a Philadelphia based artist and curator whose work explores how contemporary media shapes and reinforces societal mechanisms of power and control, with a particular focus on criminal and racial justice. While serving a six-year prison sentence he produced and smuggled out numerous bodies of work, established prison art programs, and formed artist collectives. After his release, he co-founded Right of Return USA, the first national fellowship dedicated to supporting formerly incarcerated artists.

Krimes’ work is in the permanent collections of the Brooklyn Museum, Crystal Bridges Museum of American Art, Agnes Gund Collection, and Beth Rudin DeWoody Collection. He is represented by Malin Gallery in New York. In addition to his independent practice, he successfully led a class-action lawsuit against JPMorgan Chase for their predatory practice of charging people released from federal prison exorbitant fees.