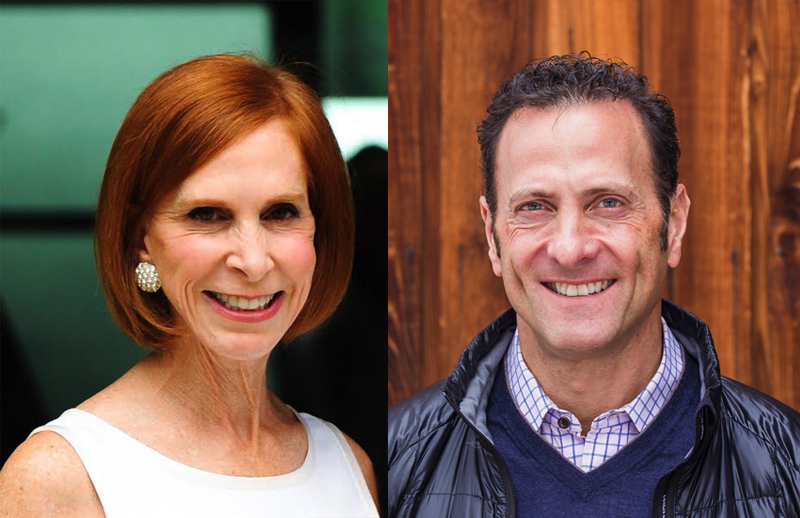 Snowmass Village, Colo. (March 31, 2016) — Anderson Ranch Arts Center, a premier art making destination and catalyst for critical dialogue in the contemporary art world, is pleased to welcome two newly appointed members to the Board of Trustees, effective March 9, 2016. Karen Lord and Albert Sanford join the 19-member board in its efforts to fulfill Anderson Ranch’s mission and help strengthen the Ranch’s vision, opportunities and successes within the arts community.

“It is an exciting time to become involved with Anderson Ranch,” says Nancy Wilhelms, Executive Director of Anderson Ranch Arts Center. “We are thrilled to welcome Karen and Albert to the Board of Trustees. Their expertise and commitment to the advancement of art is already making a meaningful impact for the Ranch in our 50th Anniversary year.”

“We are poised for an incredible year and beyond,” explains Ann Korologos, Chair, Board of Trustees at Anderson Ranch Arts Center. “From our Scholarship/Partnership Program, to our Summer Series: Featured Artists & Conversations, to the Visiting Artists program, exceptional faculty and more, Anderson Ranch has fantastic momentum. Our new Trustees will continue to push the organization forward in new and exciting ways.”

Karen Lord received her B.A. in Speech Communication from George Washington University and began her career in the public relations and advertising departments of what was then Washington, D.C.’s largest department store chain, Hecht’s, a division of the May Company. In the years to follow, as an International Council of Shopping Centers (ICSC) Certified Marketing Director (CMD), she garnered industry awards for outstanding advertising and marketing campaigns for shopping centers on behalf of national and regional developers. Originally from the New York City, she lived in the nation’s capital until 1996, when she, her husband and two young children moved to Aspen. As a full-time Aspen resident, she has served on the boards of Aspen Youth Experience (now a part of the Aspen Buddy Program) and Aspen Community Foundation. More recently, she and her husband split their time between Aspen and Miami. A collector of contemporary art, Lord is a member of the Centre Pompidou Foundation, and a national council member of both the Aspen Art Museum and Anderson Ranch Arts Center. As the mother of a Rhode Island School of Design graduate whose work was included in the New Museum’s 2014 Triennial, she has an inside perspective on the challenges and opportunities of the full-time artist.

Galerie Maximillian owner Albert Sanford has been a fine art collector and dealer for over 27 years. He acquired his first work of art—a vintage French poster—at age16, and then while studying in Paris at the Institut d’Etudes Politiques became a private dealer of rare vintage posters. In February of 1982, People magazine wrote an article naming Sanford as an “up and coming art collector and dealer.” After graduating from Middlebury College with an M.S. in French and Political Science, Sanford continued to develop his skills as an art dealer at Merrill Chase Galleries, an internationally renowned group of galleries owned by the Pritzker family of Chicago. There, he developed a passion and expertise for fine prints, mounted several museum quality exhibitions and ultimately became the President and CEO. In 1997, Sanford and his wife, Dorothy Wildman, moved permanently to Aspen to open Galerie Maximillian. His concept for the gallery is to present important historic masterworks on paper alongside contemporary European work with an emphasis on Young British Artists. In addition to dealing in fine art, Sanford enjoys skiing, biking, occasional golf, travel and walking Max and Gus on the Rio Grande Trail.

About Anderson Ranch Arts Center
Founded in 1966, Anderson Ranch Arts Center is a premier destination in America for art making and critical dialogue, bringing together aspiring, emerging and internationally renowned artists to discuss and further their work in a stimulating environment. Nestled in the Rocky Mountains of Aspen/Snowmass, Colo., the Ranch hosts extensive workshops in eight disciplines, including Photography & New Media, Ceramics, Painting & Drawing, Furniture Design & Woodworking, Sculpture, Woodturning, Printmaking, and Digital Fabrication. In addition to the Summer Series: Featured Artists & Conversations, the Ranch also hosts engaging events throughout the year including: the Recognition Dinner (Thursday, July 21) honoring the National Artist Award and Service to the Arts award recipients; the Annual Art Auction & Community Picnic (Saturday, August 6), a thirty-six-year-old tradition which features works of local, national and international artists; and the Artists-in-Residence Program, fostering artistic growth for emerging and established visual artists. In 2016 Anderson Ranch celebrates its 50th anniversary, furthering its mission to enrich lives with art, inspiration and community. Learn more at www.andersonranch.org or 970/923.3181.