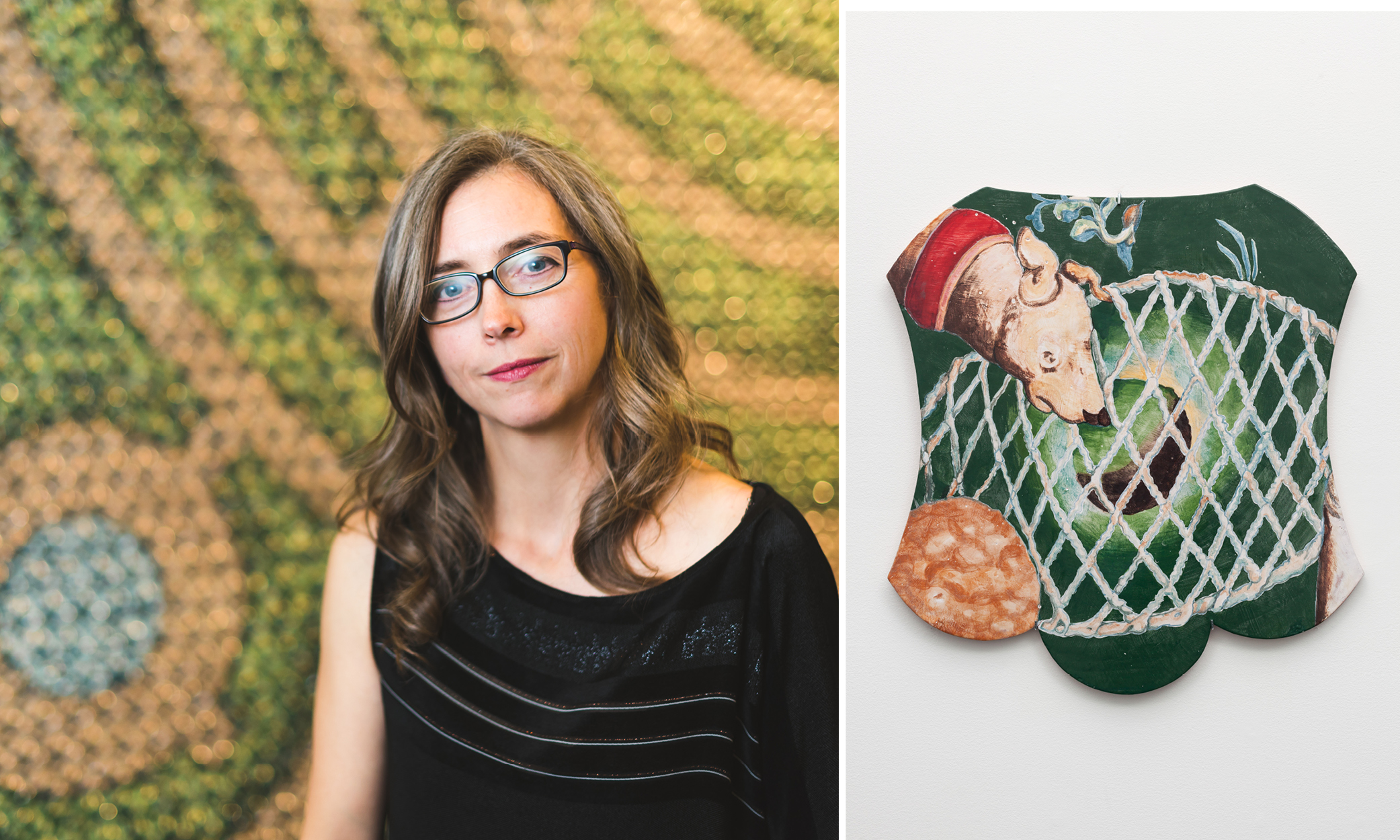 Reception will take place November 15 from 5 – 7PM in the Patton-Malott Gallery.

Kim Dickey will give a gallery talk and answer questions during her reception from 6 – 6:30PM.

Artist and Professor at the University of Colorado Boulder, Kim Dickey received her BFA from the Rhode Island School of Design and her MFA from Alfred University. From 1991 to 1994, she served as Director of Greenwich House Pottery in New York, where she curated over twenty exhibitions of contemporary ceramics in the Jane Hartsook Gallery. Her own work has been featured in numerous solo and group invitational shows in Australia, France, Germany, Japan, Korea, Sweden, Taiwan, the United Kingdom, and the United States. American galleries that have shown her work include Garth Clark, Jack Tilton, Pierogi, Thomas Healy, Sherry Leedy, Rule Gallery, and White Columns, and she is currently represented by Robischon Gallery in Denver, CO. Dickey has created permanent installations for the Danish Ministry of Culture in Slagelse, Denmark, the MCA Denver and The Lab at Belmar and has exhibited at Mass MOCA, the American Craft Museum (now MAD), and is part of the permanent collections of the Everson Museum in Syracuse, the John Michael Kohler Arts Center, the Contemporary Art Museum in Honolulu, the Museum of Fine Arts in Houston, and the Crystal Bridges Museum of American Art in Bentonville, Arkansas, among other public and private collections.