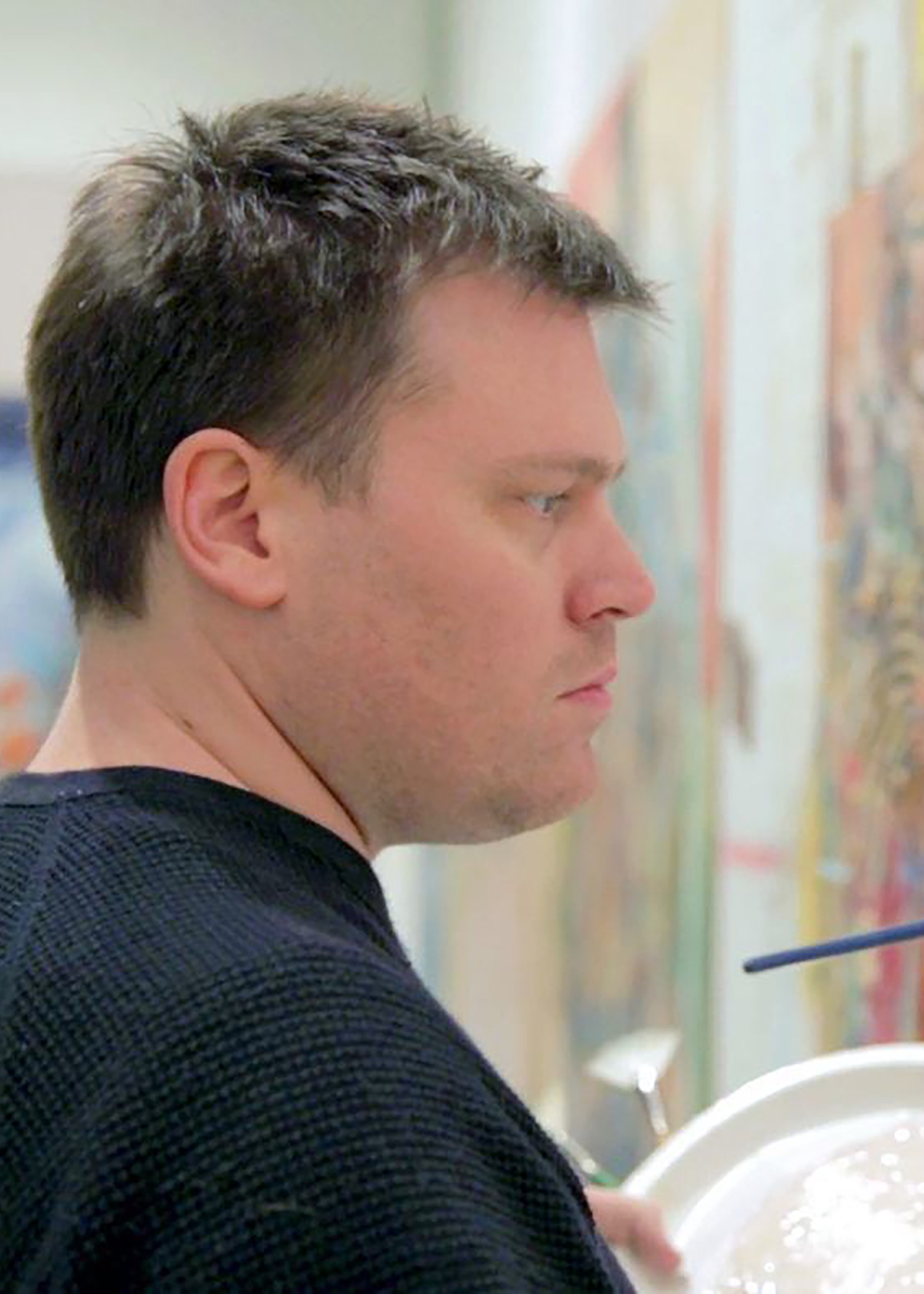 Elliott Hundley was born in Greensboro, North Carolina in 1975. He received his B.F.A. from the Rhode Island School of Design, Providence in 1997, and an M.F.A. from the University of California, Los Angeles in 2005.

Hundley’s practice integrates photography, painting, collage, sculpture, performance, and drawing. Utilizing a myriad of diverse materials, he creates sculptures that hang from the ceiling, extend off the wall, or exist as freestanding objects. Mining the nostalgic and diverse qualities of his eclectic and quotidian materials, Hundley melds the familiar with the foreign in a layered and translucent world. These precarious, intricate, and multi- layered works are composed as a web of interconnections that create a wondrous and fragmented tableaux. Each artwork is an investigation into the material process and the resulting formal tension and visual narrative that unfolds.

He had his first solo exhibition at the Hammer Museum, Los Angeles in 2006. In 2011 a major exhibition entitled, Elliott Hundley: The Bacchae, was on view at the Wexner Center for the Arts, Columbus, and traveled to the Nasher Sculpture Center, Dallas. Hundley was included in the 7th Moscow International Biennale of Contemporary Art, 2017-2018. He is the inaugural curator of Open House, a group exhibition at the Museum of Contemporary Art, Los Angeles that features works drawn from the permanent collection, on view through September 16, 2019. Hundley is a recent recipient of a John Simon Guggenheim Memorial Foundation Guggenheim Fellowship (2019).