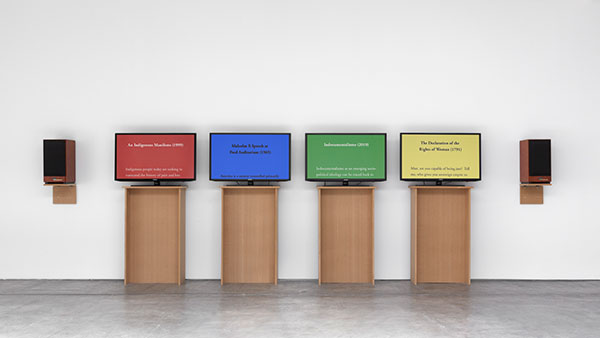 Manifestos 2, 2013
Image courtesy of the Artist and Paula Cooper Gallery 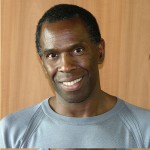 Charles Gaines received his BA from Jersey City State University and his MFA from the Rochester Institute of Technology.  He has had over 65 one-person shows and several hundred group exhibitions in the US and Europe. His solo exhibition, Notes on Social Justice, opened on September 6, 2013 at Paula Cooper Gallery in New York, NY. The exhibition includes earlier works, “Night/Crimes” (1994/1995) and “Skybox I” (2011), as well as a new body of work, “Notes on Social Justice,” and “Manifestos 2.” It has since been reviewed in the Wall Street Journal, The New York Times, Art in America, Flash Art, and Artforum. There is currently a solo exhibition of Gaines’ work at The Studio Museum in Harlem. Upcoming exhibitions include Prospect .3 New Orleans opening in October 2014.