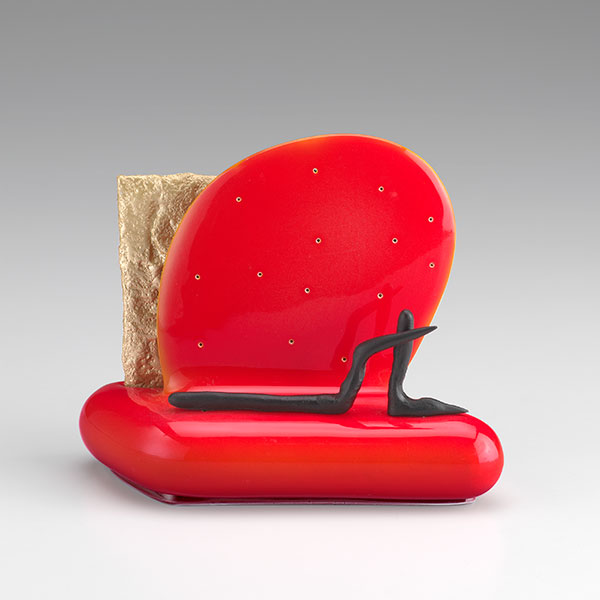 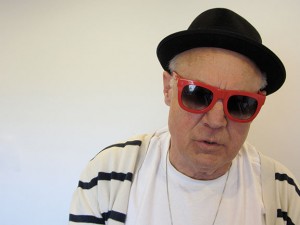 Ron Nagle was born in San Francisco, California in 1939.  He is an Artist, Musician and Songwriter.  Nagle has been making work and teaching for over fifty years in the San Francisco Bay Area. He spent 35 years teaching at Mills College in Oakland, CA and retired in 2009. Originally, Nagle worked solely with the cup form but over the years he has moved towards making small scale sculpture with an occasional return to the vessel.  Early in his career, Nagle worked closely with Peter Voulkos at the University of California-Berkeley.  He then began exploring the possibilities of low fire ceramics and glazes. Taking a cue from Ken Price’s low fire processes Nagle began working almost exclusively in earthenware. Nagle is represented in many Museum and Private collections around the world and has received many prestigious awards including a Guggenheim Fellowship in 2012, an Academy Award from the Academy of Arts and Letters in 2011, and most recently was featured at the 2013 Venice Biennial.

Regarding his work Nagle says: “For over fifty years I have been making small objects mostly out of clay, which, in the beginning, had reference to ceramic vessels. Over the years my work has evolved to forms which are less referential to pottery but still maintain much of the idiomatic elements that have been associated with Ceramics. As time has gone by, my interest in merging form and color has led me in a direction where I now think of my objects as 3-D paintings. In addition to my visual artwork, I am also a singer/songwriter, record producer, and a huge fan of Pop music, particularly Rhythm and Blues. As time goes on the differences and similarities of both endeavors seem to feed one-another. The bottom line is; the greatest thrill for me is making stuff, whether it’s visual or musical. If other people like what I do, all the better.”

There is a Ron Nagle artwork in the Anderson Ranch 34th Annual Art Auction, held this Saturday, August 9th. Preview and bid online at Paddle8.com