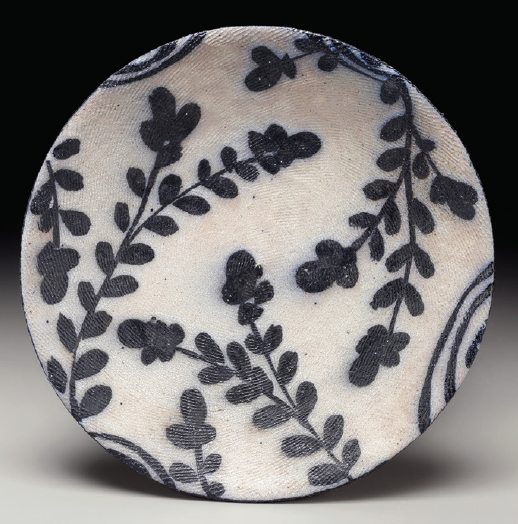 Yana Payusova was born in Leningrad, USSR. Classically trained as a painter at the St. Petersburg Fine Art Lyceé, she later immigrated to the U.S.   She received an MFA from the University of Colorado at Boulder. Yana’s paintings and sculptures blend the styles and symbols of folk art, Russian icons, graphic poster art, illustration, and comics, and reflect her cultural heritage and her training in traditional Russian realist painting. Yana exhibits both nationally and internationally, including recent venues at the DeCordova Museum and Sculpture Park, Howard Yezerski Gallery (Boston), Mimi Ferzt Gallery (New York City) and Galerie Caprice Horn (Berlin). She currently teaches at the University of Arizona in Tucson.

Michael Kline is a studio potter based in North Carolina who makes utilitarian ceramics with botanical-themed painted and stamped surfaces. He holds a BFA from the University of Tennessee where he studied pottery, painting and printmaking. In 2015 he visited the Freer-Sackler Wing of the Smithsonian and was struck by seeing a 15th-century stamped and inlaid Korean bowl and has since focused on applying this technique to his own work and aesthetic.
www.klinepottery.com