Summer Series 2018 in Review: Bunny and Charles Burson in conversation with Edward Felsenthal 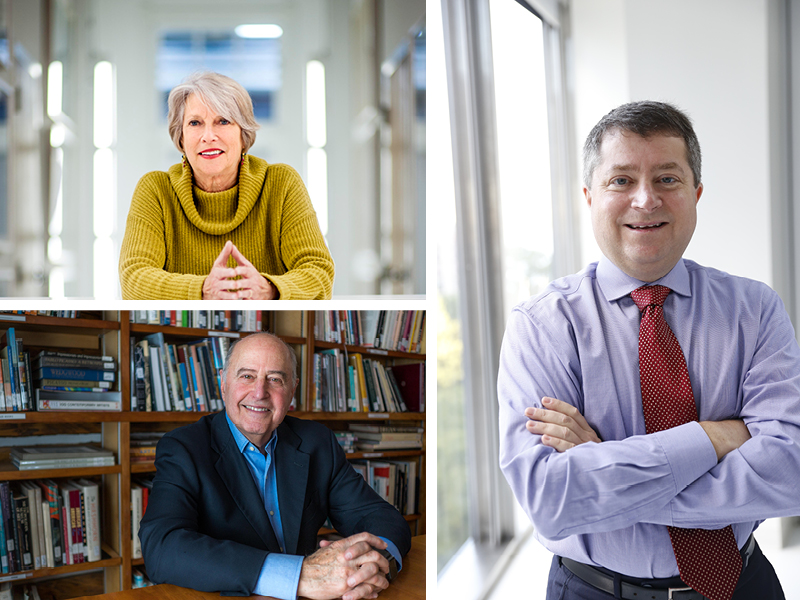 Bunny Burson
Bunny Burson is a St. Louis based artist. She received a B.A. in French from Tulane University, which included a year at the Sorbonne in Paris. She earned a B.F.A.from the Memphis College of Art and an M.F.A. from Washington University in St. Louis. Her work has been exhibited nationally and internationally. Recent awards include an artist residency at the Cité Internationale des Arts in Paris and the Washington University School of Art Award for Distinction. Her recent limited edition artist book, Hidden in Plain Sight, has been acquired by Princeton University, Smith College, The Library of Congress, the Whitney Museum of American Art, the St. Louis Art Museum, Washington University in St. Louis, the Israel Museum in Jerusalem, the Perez Art Museum Miami, and the Memphis Brooks Museum.

Burson serves on the National Councils of Anderson Ranch in Snowmass, Colorado and of the Washington University Sam Fox School of Art in St. Louis, Missouri and is a member of the Board of Trustees of Dieu Donné in Brooklyn, New York.

Charles Burson
After a career in government (State Attorney General of Tennessee, White House counsel and chief of staff to Vice President Al Gore), law (private practice and General Counsel Monsanto) and teaching (Senior Professor of the Practice at Washington University Law School), Charles began taking photography classes at Anderson Ranch, and reinvented himself to become a photojournalist. His most recent body of work centers on the Presidential Campaign of 2016.

Edward Felsenthal is the Editor-in-Chief of TIME. As the 18th editor to lead TIME since it was founded in 1923, Felsenthal oversees one of the world’s largest news brands, with a total reach of more than 100 million. In 2016, Felsenthal helped implement a new digital structure for Time Inc., launching multiple digital hubs across the company, with its titles collaborating to share content and enlarge the digital audience.