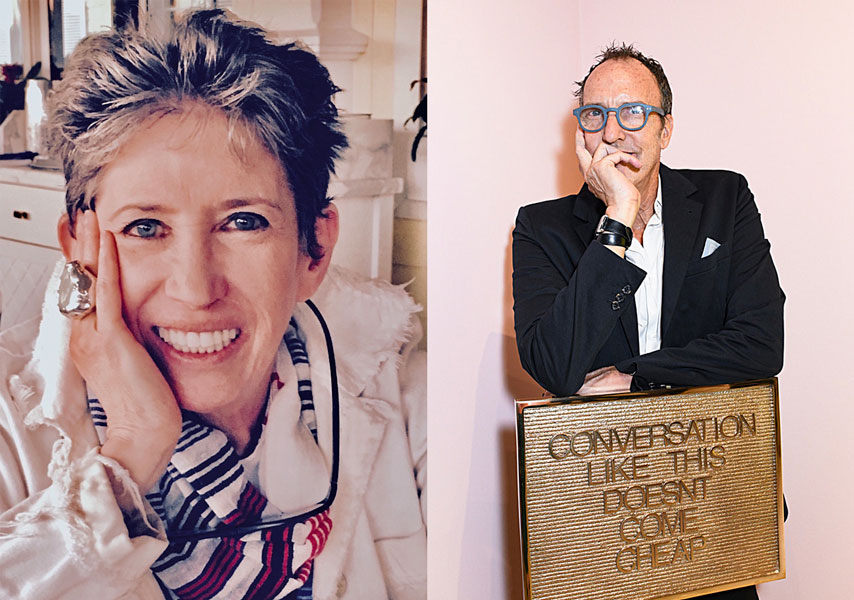 Beth Rudin DeWoody, daughter of the late real estate developer Lewis Rudin and the late Gladyce Begelman, is a native of New York.  Ms. DeWoody is married to renowned photographer, Firooz Zahedi.  Mr. Zahedi published a photograph book on Elizabeth Taylor called “My Elizabeth”.   He also published a book called “City of Angels” for Vendome Press.  Ms. DeWoody studied at the University of California at Santa Barbara where she majored in anthropology and film studies, and completed her studies at the New School for Social Research in New York City where she received her B.A. in Liberal Arts.

Ms. DeWoody’s works include working in Africa as an Assistant Director of the TV series “Born Free” and as Production Assistant for the movie films “Annie Hall”, “The Front” and “Hair”.  She also was co-producer of the musical production “Enter Juliet”.  She also was the executive producer of the documentary “Who Gets To Call It Art”, directed by Peter Rosen, about Henry Geldzahler. Ms. DeWoody is now Chairman of The Rudin Family Foundations and Executive Vice President of Rudin Management Company. She also curated many shows for several different art galleries between New York City, New Orleans, London and Vermont. Ms. DeWoody has a private art space called The Bunker in West Palm Beach displaying works from her collection.

Ms. DeWoody’s Board affiliations include Vice Chair of the Whitney Museum of American Art, The New School, Empowers Africa, Save A Child India, Inc.  Ms. DeWoody is also on the Advisory Board at The Glass House in New Canaan, and the Board of Overseers at the Hammer Museum in Los Angeles as well as an Honorary Trustee at the Brooklyn Academy of Music (BAM).  Ms. DeWoody is a Trustee Emeritus for The New York City Police Foundation, and serves on the Advisory Board for New Yorkers for Children, Inc.

Ms. DeWoody serves on the Parsons Board of Governors of the New School and is a Member of the Committee for the University Art Collection, and is on the Photography Steering Committee at the Norton Museum in West Palm Beach, Florida.  Her professional affiliations include charter member of New York Women Executives in Real Estate.

Ms. DeWoody is Chairman of the Arts and Culture Committee of the Association for a Better New York (ABNY), is on the Council of Conservators of the New York Public Library, National Leadership Council at United States Artists, and the Library Association of MOMA.

Maynard Monrow was born in Hollywood California and currently lives in New York. Having graduated from the California Institute of the Arts in 2001. His artistic practice continues through conceptual text-based reinventions of the still life convention in classical art through the form of readymade café boards, bronze, neon and soon to be marble. Monrow has also staged international performances in Rome, Italy, and participated in numerous projects including Ruffian’s Spring 2016 Ready-to-Wear Collection and LAX Art’s L.A.P.D. Billboard Project.

Maynard is one of the chief creatives of the Beth Rudin DeWoody Collection. He also recently curated exhibitions, one of which “Boys Keep Swinging, Salute to Stonewall 50” at Keyes Art at the American Hotel, Sag Harbor, NY. And a solo show “Vital Signs” at the Fireplace Project at East Hampton New York. Monrow is represented by Gavlak Gallery in LA and Palm Beach.