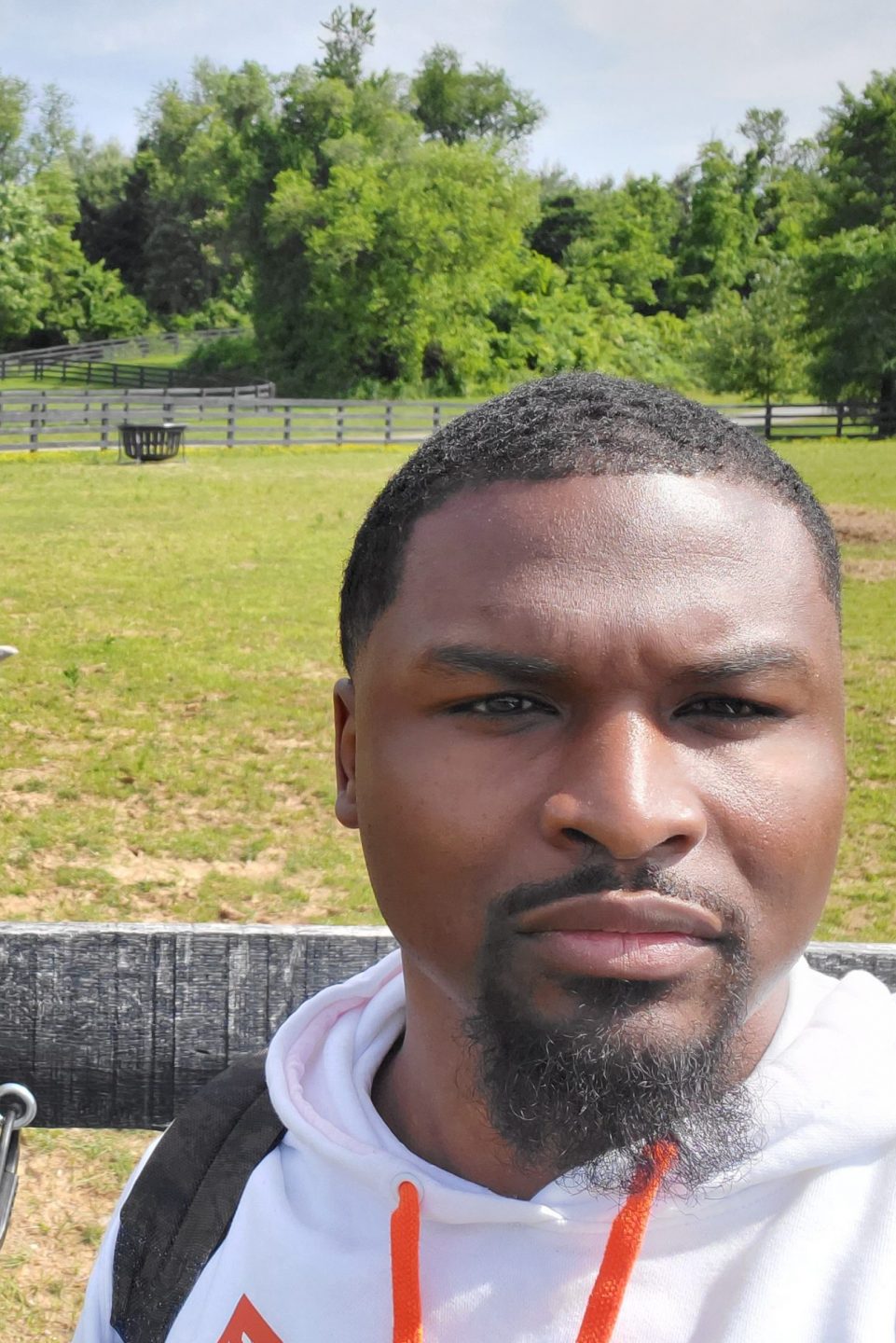 Russell Craig is a painter and Philadelphia native whose work combines portraiture with deeply social and political themes. A self-taught artist who survived nearly a decade of incarceration after growing up in the foster care system, Craig creates art as a means to explore the experience of overcriminalized communities and reassert agency after a lifetime of institutional control. His work has been shown at the Philadelphia African American Museum, and included in group shows like Truth to Power; State Goods: Art in the Era of Mass Incarceration; and the OG Experience and has garnered coverage in outlets including the Philadelphia Inquirer, The

Washington Post, Artsy, The Guardian, and The New York Times. Craig is an alumni of Mural Arts Philadelphia’s Restorative Justice Guild program, a 2017 Right of Return Fellow, and a 2018 Ford Foundation: Art For Justice Fellow.