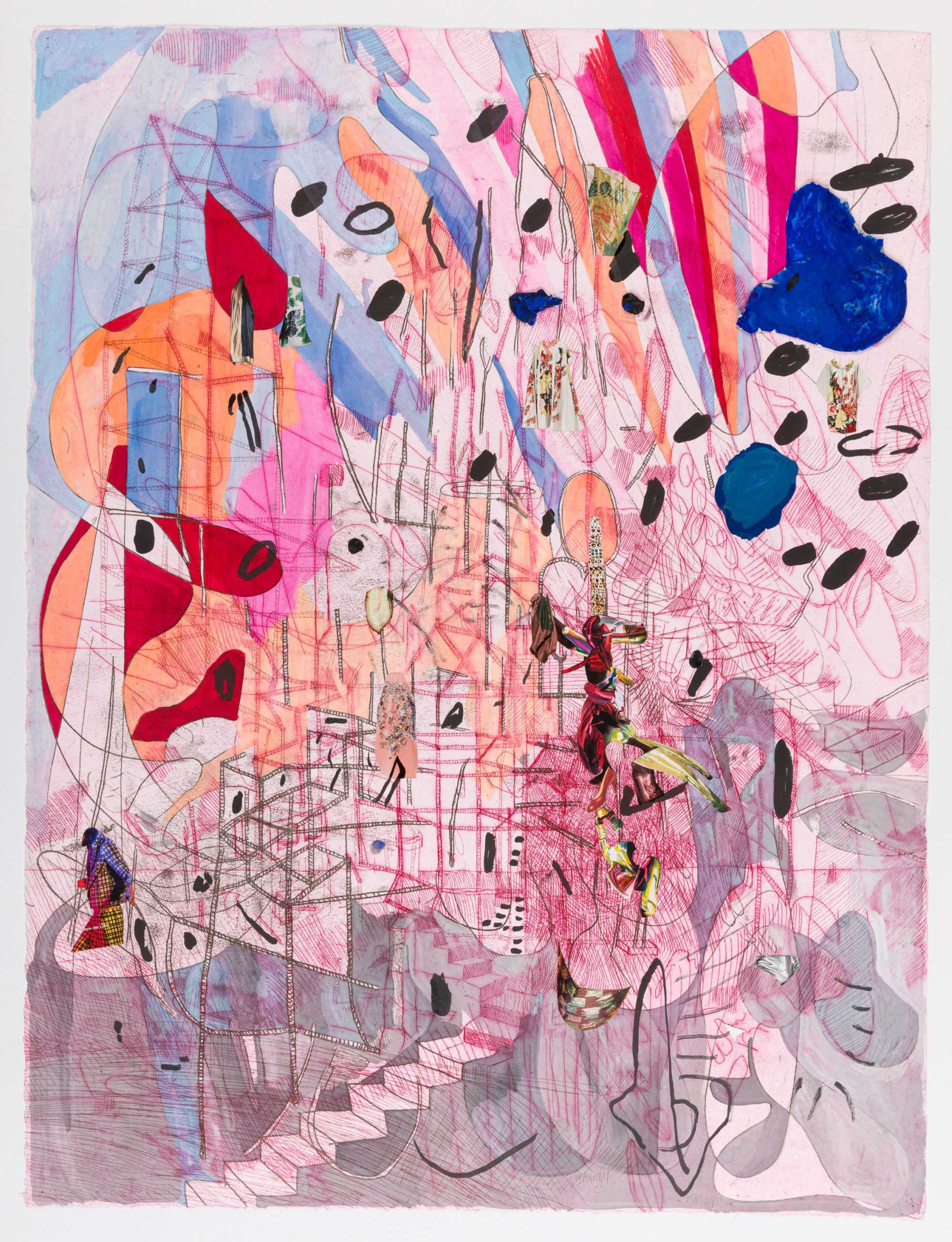 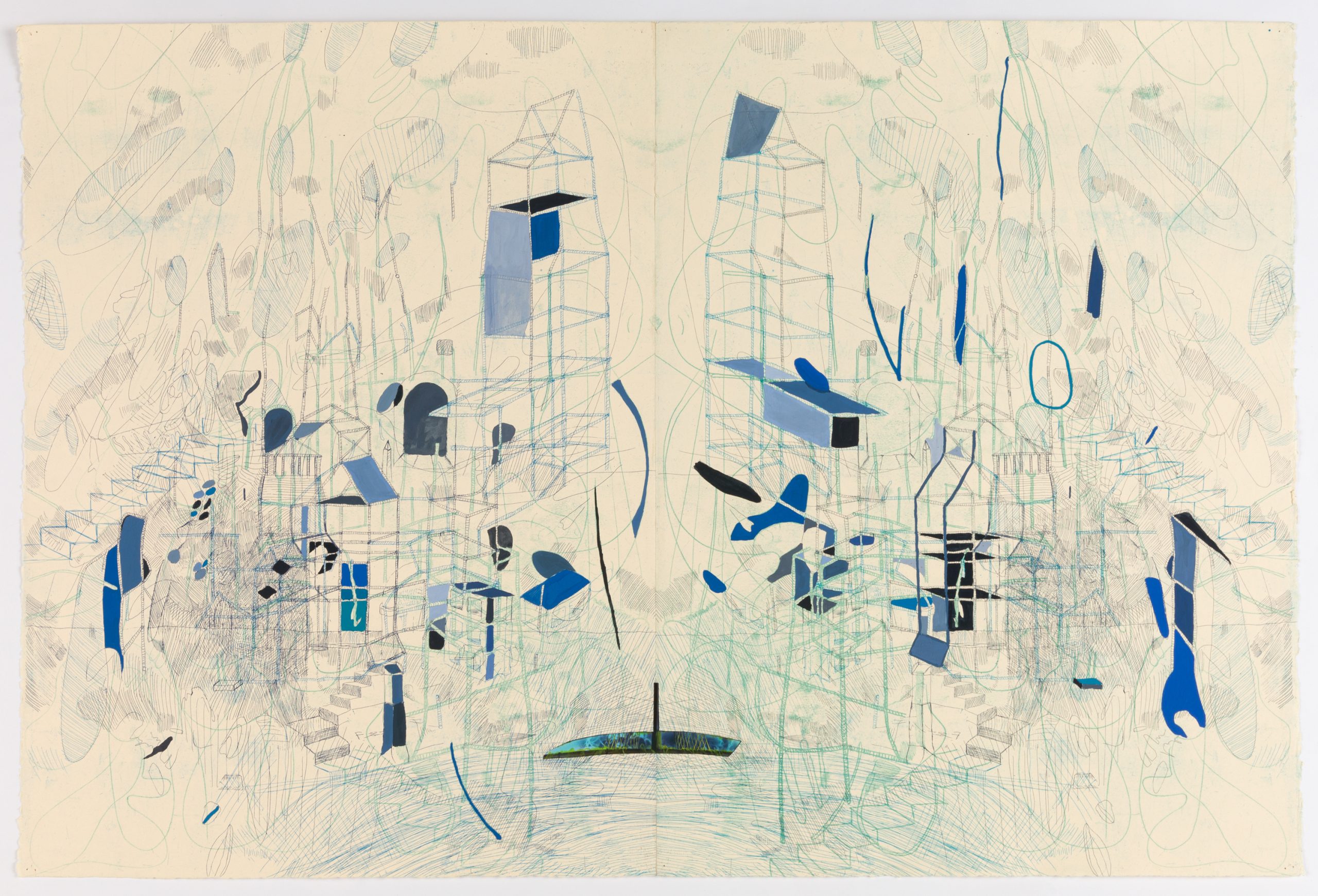 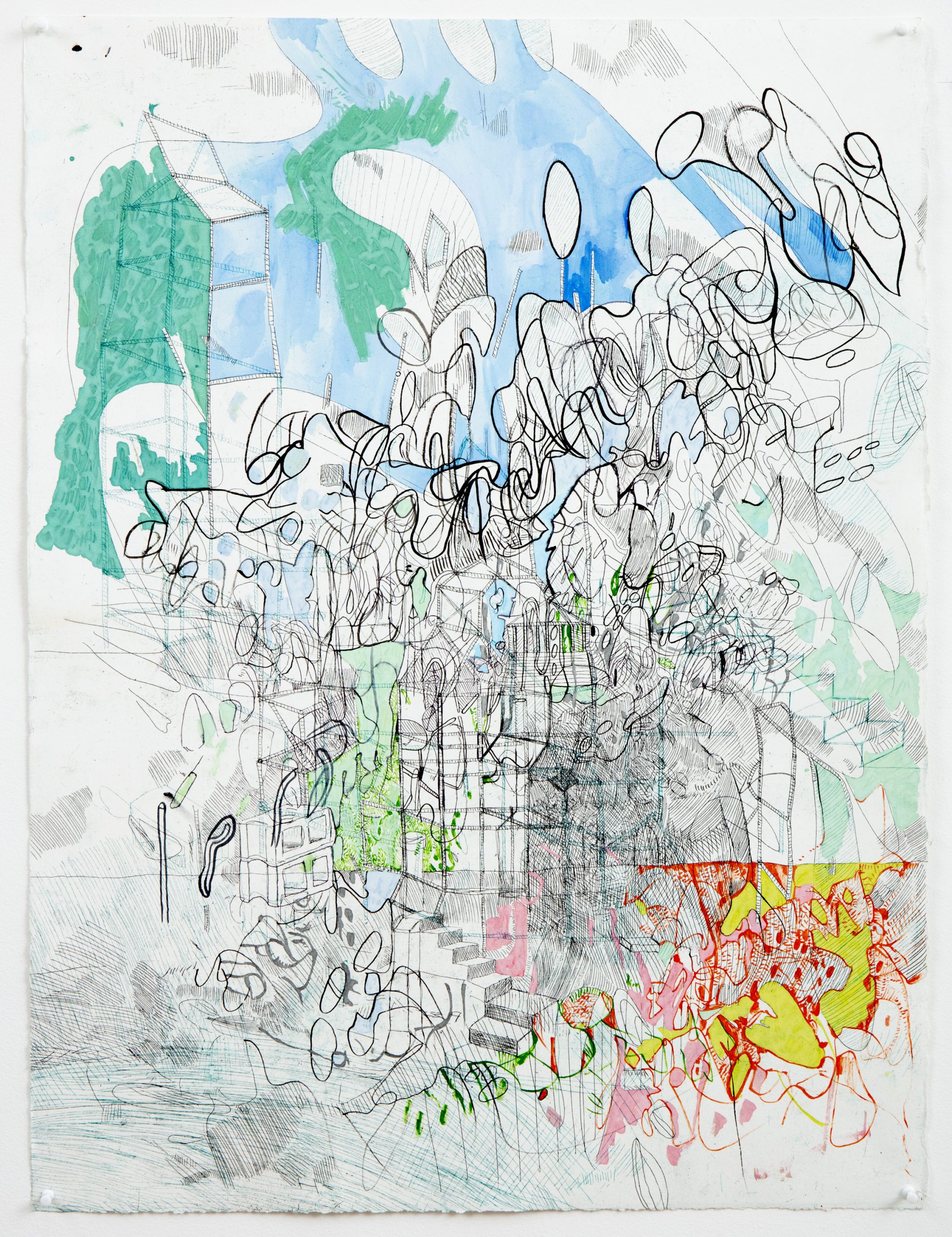 He had his first solo exhibition at the Hammer Museum, Los Angeles in 2006. In 2011 a major exhibition entitled Elliott Hundley: The Bacchae was on view at the Wexner Center for the Arts, Columbus and traveled to the Nasher Sculpture Center, Dallas. He was recently included in the 7th Moscow International Biennale of Contemporary Art, 2017 – 2018, and this fall he will participate in the 5th Prospect New Orleans triennial, Yesterday You Said Tomorrow, (October 23, 2021 – January 23, 2022). In 2019, he was the inaugural curator of Open House, a group exhibition at the Museum of Contemporary Art, Los Angeles that featured works drawn from the permanent collection.  Hundley is a recent recipient of a John Simon Guggenheim Memorial Foundation Guggenheim Fellowship (2019).  His work is included in the permanent collections of many museums, such as the Hammer Museum, Los Angeles; Istanbul Museum of Modern Art, Istanbul; Los Angeles County Museum of Art, Los Angeles; Louisiana Art Museum, Denmark; Museum of  Modern Art, New York; Nasher Sculpture Center; Dallas; Solomon R. Guggenheim Museum, New York; Walker Art Center, Minneapolis; Whitney Museum of American Art, New York; among others.

Prints are available for purchase and the proceeds provide ongoing support for all Ranch programming. If you have questions about the Anderson Ranch Editions program, or would like help with a purchase, please contact Meriwether McClorey, Artistic Programs Manager at mmcclorey@andersonranch.org or call 970/924-5098.