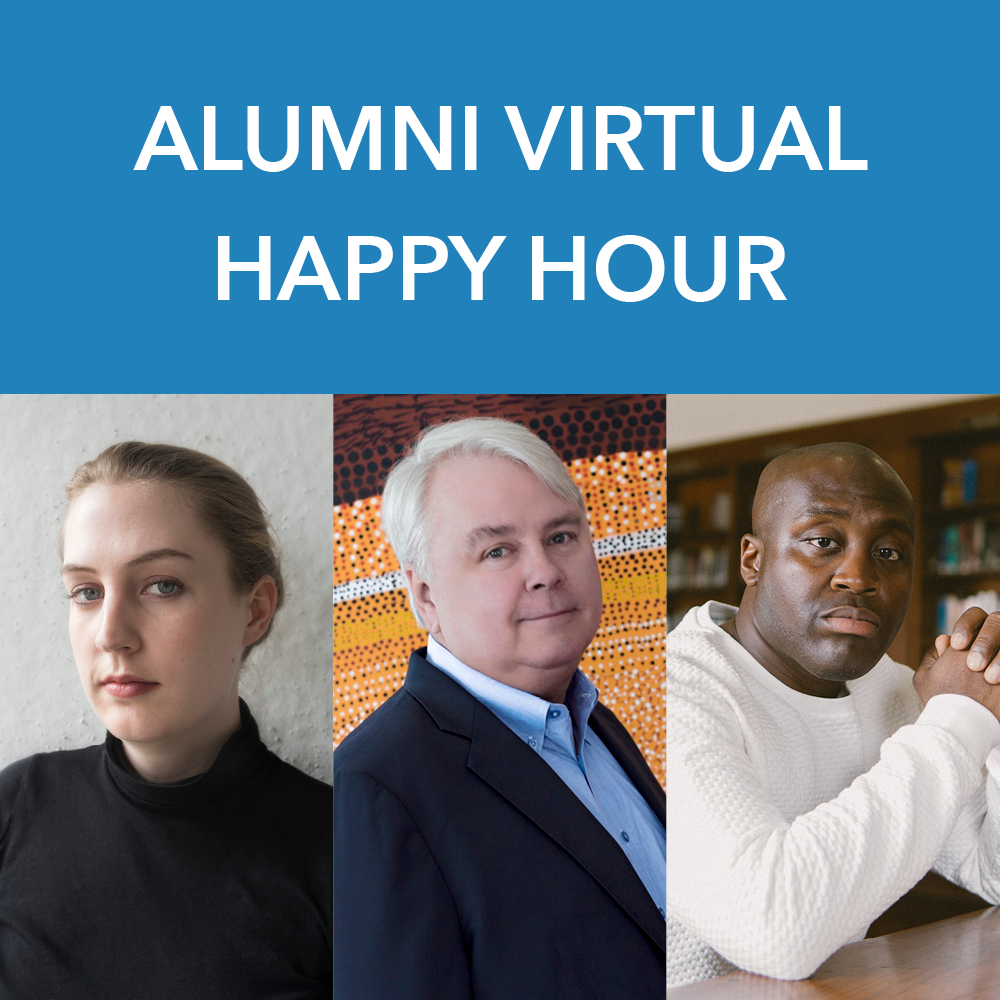 Hosted by alumna and trustee Lucy Baird, in conversation with Dennis Scholl, CEO Oolite Arts and Larry Ossei-Mensah, Critic about being an artist now and for the future

Lucy Wood Baird lives and works in Chicago, IL. She holds a BA from Harvard University (2010) and an MFA from Massachusetts College of Art and Design (2016).  Baird’s work has been included in exhibitions across the country including Filter, Chicago, IL (2015); Aperture Foundation, New York, NY (2016); and Aviary Gallery, Boston, MA (2016), Harvey Meadows Gallery, Aspen, CO (2017), Soil Gallery, Seattle, WA (2018), and Salon at The Wing, Chicago, IL (2019). Her work is included in private collections nationally. She has been an artist in residence at Vermont Studio Center in Johnson, VT, (2016), Anderson Ranch Arts Center in Snowmass, CO (2017), and Kimmel Harding Nelson Center for the Arts, Nebraska City, NE (2019).

Larry Ossei-Mensah uses contemporary art as a vehicle to redefine how we see ourselves and the world around us. The Ghanaian-American curator and cultural critic has organized exhibitions and programs at commercial and nonprofit spaces around the globe from New York City to Rome featuring artists such as Firelei Baez, Allison Janae Hamilton, Brendan Fernades, Ebony G. Patterson, Glenn Kaino and Stanley Whitney to name a few.

Ossei-Mensah is also the co-founder of ARTNOIR, a global collective of culturalists who design multimodal experiences aimed to engage this generation’s dynamic and diverse creative class. Ossei-Mensah is a contributor to the first ever Ghanaian Pavilion for the 2019 Venice Biennial with an essay on the work of visual artist Lynette Yiadom-Boakye.

Ossei-Mensah has had recent profiles in such publications like the NY Times, Artsy, and Cultured Magazine, which recently named him one of seven curators to watch in 2019.

Dennis Scholl is the President and CEO of Oolite Arts (f.k.a ArtCenter/South Florida), a 35-year-old organization dedicated to supporting visual arts in Miami.

Over the last 20 years, Scholl created a series of initiatives dedicated to building the contemporary art collections of museums, including the Guggenheim, the Tate Modern and the Pérez Art Museum Miami, which resulted in hundreds of
patron-funded art acquisitions. He has served on the boards and executive committees of the Aspen Art Museum; Museum of Contemporary Art, North Miami; the Pérez Art Museum; and the Linda Pace Foundation.
He is a thirteen-time regional Emmy winner for his work in cultural documentaries, including films about Tracey Emin, Theaster Gates, Wynton Marsalis and Frank Gehry. His first feature documentary “Deep City: The Birth of Miami Sound”, premiered at the 2014 SXSW Film Festival. He recently produced an animated short, “The Sun as a Big Dark Animal”, which was an official selection at the 2015 Sundance International Film Festival. Scholl’s second feature documentary, “Queen of Thursdays”, which he co-wrote and produced with noted Cuban filmmaker Orlando Rojas, had its world premiere at the Miami International Film Festival and was named Best Documentary.

For more information and to join the Alumni Network, click here.