The Work of Art in the Age of Hip Hop 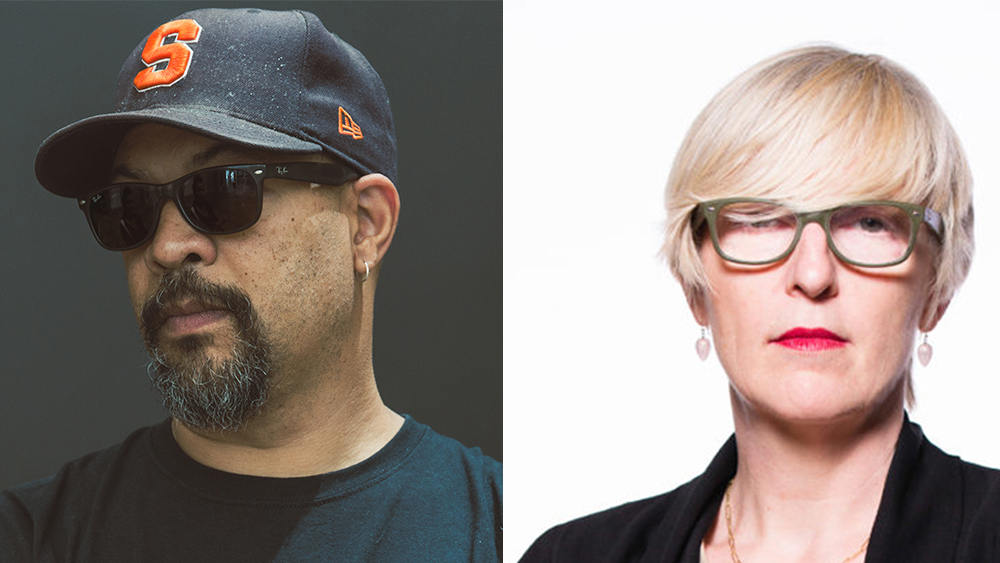 To register for this critical dialog, visit the workshop page

Hip hop is forty years old, middle aged, all grown up. Along the way it changed everything from music, branding, fashion, and popular culture, to how we think about race in America. Hip hop’s story is well-known, born in the South Bronx, developed in LA, perfected in Atlanta, hip hop is so pervasive it can feel like the air. It’s so popular we’ve forgotten how avant-garde and difficult hip hop once was. The story that hasn’t been told is the one about how hip hop synthesized the major artistic avant gardes of the 20th century and then fed them back into the popular culture in a way that transformed the art of our time. This dialogue between a curator and an artist toggles back and forth between the history of hip hop, and the way it has shaped, changed, and influenced contemporary art.

Helen Molesworth was the Chief Curator at The Museum of Contemporary Art (MOCA), Los Angeles from 2014—2018. While at MOCA, she organized the large group show “One Day at a Time: Manny Farber and Termite Art” and the critically acclaimed Kerry James Marshall and Anna Maria Maiolino exhibitions. From 2010—2014 she was the Barbara Lee Chief Curator at the Institute of Contemporary Art (ICA) Boston, where she assembled exhibitions of artists Steve Locke, Catherine Opie, Josiah McElheny and Amy Sillman, and the group exhibitions “Leap Before You Look: Black Mountain College 1933—1957”, “Dance/Draw”, and “This Will Have Been: Art, Love & Politics in the 1980s”. Her writing has appeared in publications such as Artforum, Art Journal, Documents, and October.

Gary Simmons uses American pop culture stereotypes and icons to create sculptures, paintings, and installations. His subject matter is often related to class and race. One of his most well-known works is Home and Away, which is installed at the Walker Art Center in Minneapolis. He is also well-known for his erasure drawings, a technique which involves drawing with white chalk on slate-painted walls and then smudging the drawing with one’s hands to a ghostly image. Simmons has a graduate degree from CalArts.