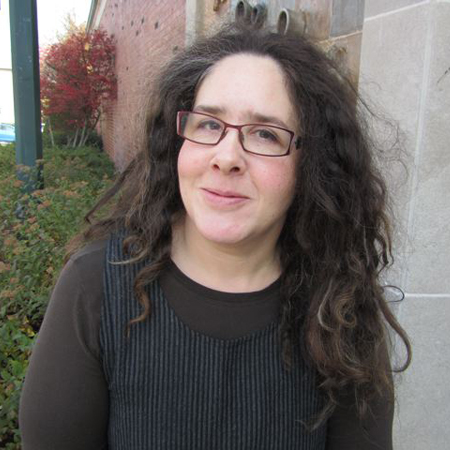 Alex will give a lecture in Schermer Meeting Hall on November 6th at 5:30pm.

Alex Hibbitt is an Associate Professor of Art at Ohio University, in Athens Ohio. Hibbitt gained her MFA from Alfred University and has a BA (hons) from Camberwell College of Arts in London, and a Higher National Diploma from The Gerrit Rietveld Academie in Amsterdam, The Netherlands.

Hibbitt’s work has been exhibited widely both in the US and abroad, including The Victoria and Albert Museum in London, The Museum of Decorative Arts in Prague, De Witte Voet gallery in Amsterdam, and the Soap Factory in Minneapolis. Recent exhibitions include Rhizome: Intrastructure, at the Mattress Factory Museum in Pittsburg, PA, 2018, Core Sample: Additional Findings, Alfred Ceramic Art Museum, 2017, Noves Històries, Urban Arts Space, Columbus OH, 2016, Hibbitt has been a visiting artist and speaker at, among others, Minerva Art Academy in the Netherlands, Denison University, Granville, Ohio, The Clay Studio in Philadelphia, The University of Minnesota, Minneapolis and The Ohio State University.

Hibbitt’s work is in private and public Collections both in Europe and the US. She was awarded a McKnight Foundation Residency Award at The Northern Clay Center in 2010, and Ohio Arts Council Individual Excellence grants in 2006 and 2014.

In 2010, she founded the artist writing group with Amber Ginsburg, which includes David East, Paul Sacaridiz and Kim Dickey, and which yearly met over a period of 5 years at The Ragdale Foundation in Chicago to create and workshop a series of writings around the field of ceramics. These essays are currently being compiled into a book.